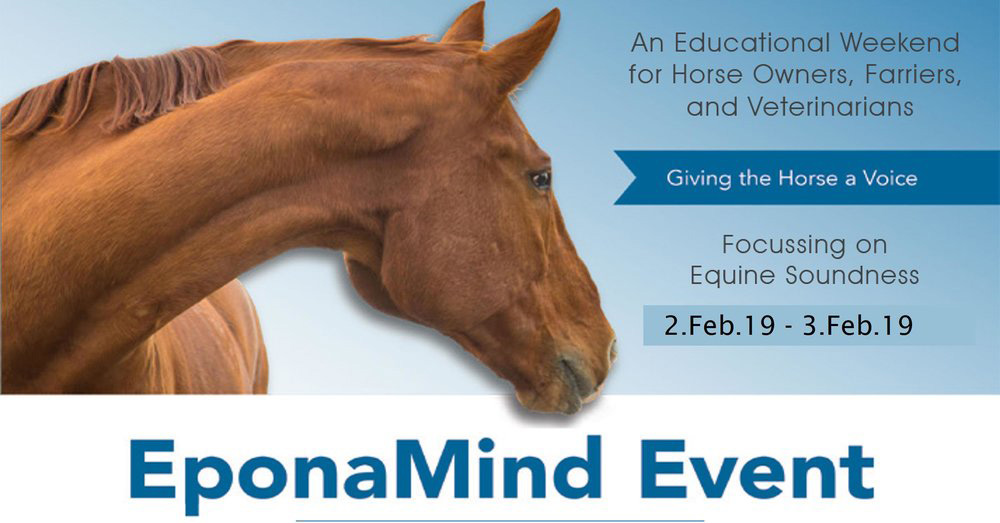 This event has ended, thank you!

Artificial intelligence applied to measuring the hoof. What are some of the important
measurements and how are they used?

2:30pm   Lost in Space – Honing your 3D Trimming Skills through the Lens of
Hoof Plasticity and Asymmetry (Monique Craig)

9:00am    How Lab Blood Testing is used to Diagnose and Monitor Metabolic Disorders (Kim Sprayberry)

10:30am How Important are Annual Immunization Boosters in Horses? (Kim Sprayberry)

3:00pm Saddle Fitting for Optimal Movement and Soundness of the Horse (Carrie Turino) 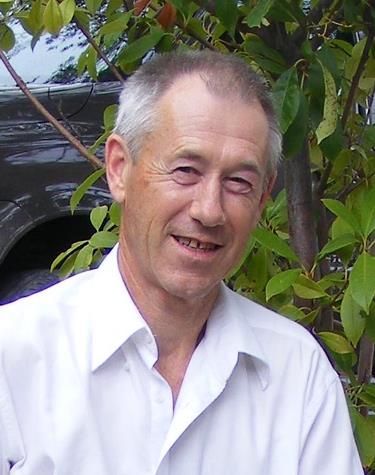 John Stewart obtained his veterinary degree from Cambridge University, then worked in mixed practice for fifteen years before setting up his own predominantly equine practice. He became interested in laminitis due to his own frustration in dealing with the condition; this led on to in-depth study of horses’ feet, and setting up an information website. In his quest for information, John has attended numerous veterinary and farriery conferences at home and abroad and has spoken at farriery conferences in Europe and the USA. He was inducted into the International Equine Veterinarian Hall of Fame of the American Farriers Journal in 2012. ‘Understanding the Horse’s Feet’ (Crowood Press) published in 2013. 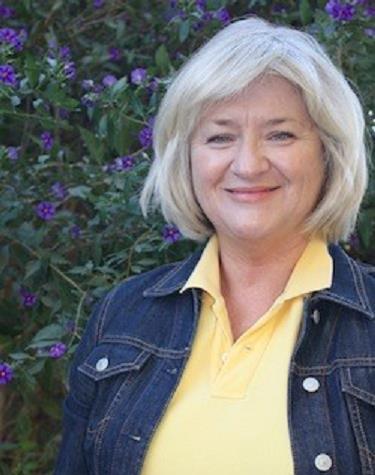 Undergraduate work with a Physiology major at UC Davis, then went to veterinary school at UC Davis. After graduating, worked on the southern California racetracks and in performance horse practice for 5 years before returning to UC Davis to complete a residency in equine internal medicine. After that I moved to the Bluegrass region of Kentucky and joined the internal medicine division of Hayard Equine Medical Institute. (It was actually called Hagyard-Davidson-McGee then, but it is called the latter term now). This is a large practice, with about 50 veterinarians in an all-horse practice; it has been an equine practice in that area since 1876, making it the largest and oldest equine practice on the globe. At Hagyard I worked mostly in the NICU and in emergency & critical care, taking care of the world’s most extreme athlete – the racing Thoroughbred. I returned to Calif in 2013 and have been teaching at Cal Poly since then as well as maintaining a petite but busy caseload of private practice. 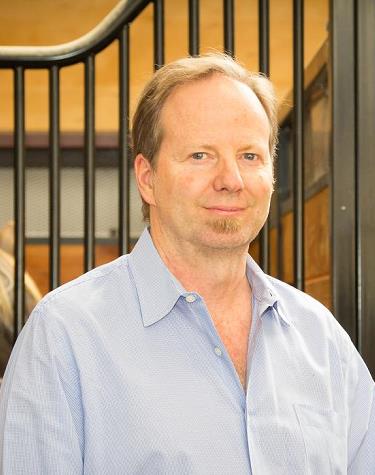 John Craig has a PhD from Stanford in engineering. He is the author of “Introduction to Robotics: Mechanics & Control” which is a leading university textbook for the engineering field of robotics.  He has authored several papers related to robotics as well as equine biomechanics, and has chaired conference sessions on biomechanics and the connection between machines and the biomechanics of animals.  He has researched the hoof and shoeing systems for the past 20 years, and has been a speaker at the International Hoof Summit in Cincinnati, and other veterinary/farrier venues. He is the lead software developer for the Metron Imaging system used for digital radiography and other modalities in veterinary imaging. 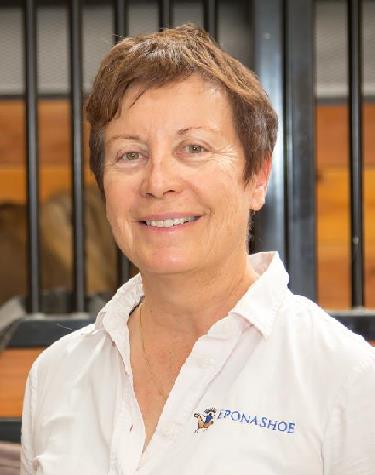 Monique Craig has a degree in computer science engineering with a minor in mathematics and physics. She was aiming at a PhD in computational linguistics at Stanford, when she purchased her Holsteiner stallion – Smirnoff. His chronic hoof problems made her take a different path. She became a professional farrier while she also developed the Metron software system with her husband John Craig. She eventually invented the EponaShoe. Monique has spent many years researching, trimming and shoeing the hoof — as well as riding and training. Her research has been presented at several veterinary and farrier conferences and in various publications.  She  recently published a book: “A Modern Look at… The Hoof“.  She lectures in the USA and internationally. She has been a visiting scholar at CalPoly San Luis Obispo for the past eight years where she lectures in a biomechanics course for  pre-veterinarian students. 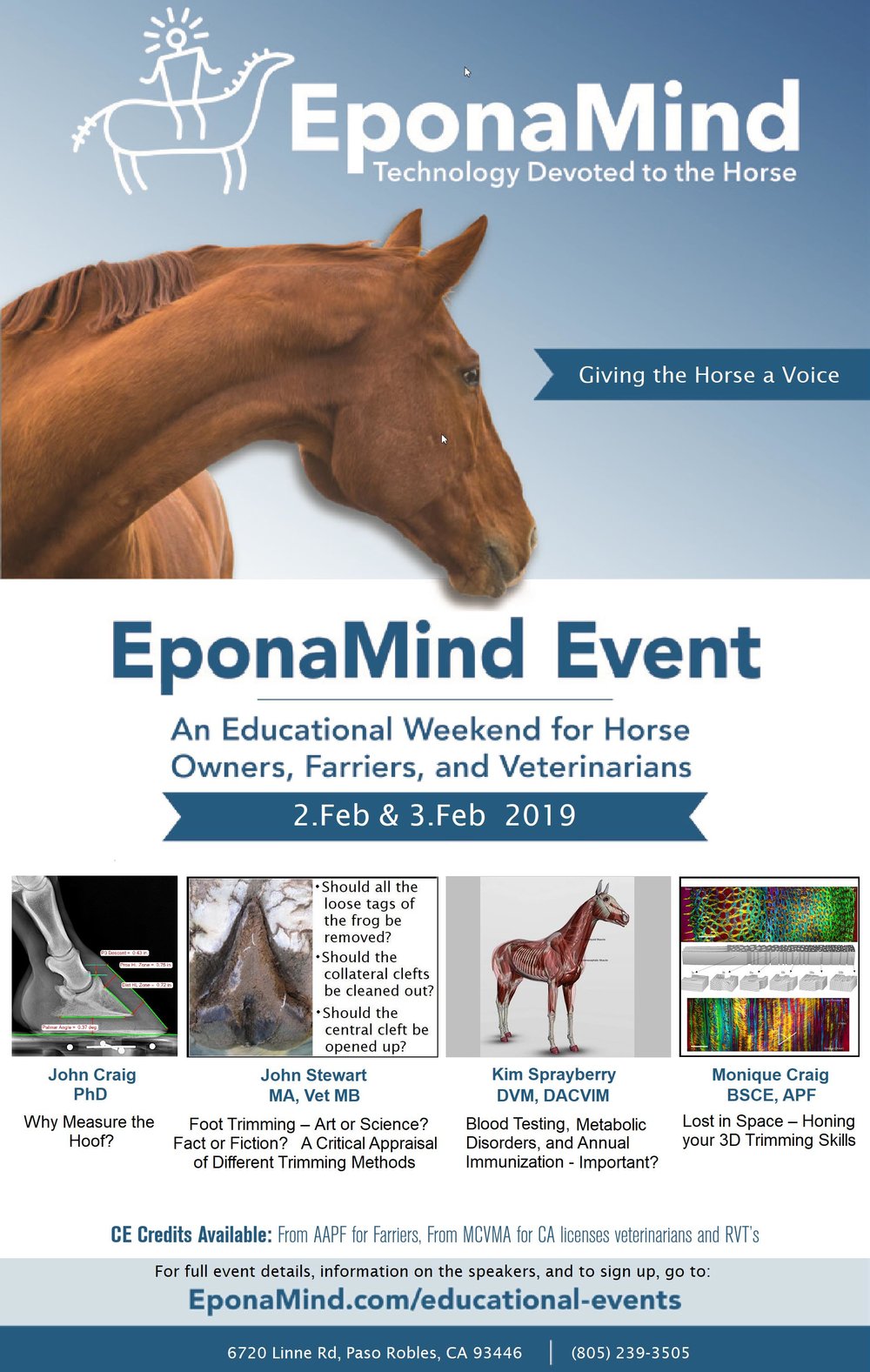